Great that you’re sharing this item!
Facebook
Pinterest
WhatsApp
E-mail
Copy this link to add it to your website, or to use it in a message
Choose your location

What gemstone is the right one for you? Choose your gem using this filter.

Select the shape of your gemstone using this filter.

Select the precious metals of your choice by using these filters.

Select the desired carat weight by using this filter.

If you see this icon depicted at a jewel, it is possible to choose the size of the gem yourself.

In this way there is a piece of jewelry for every budget. 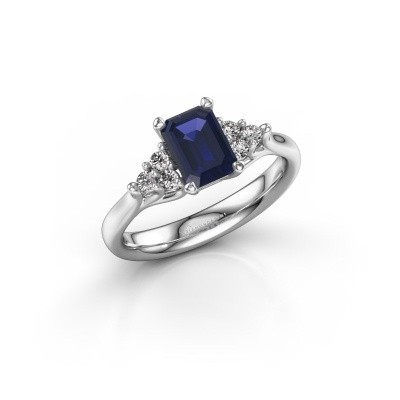 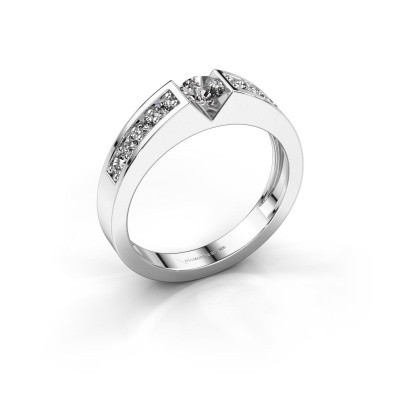 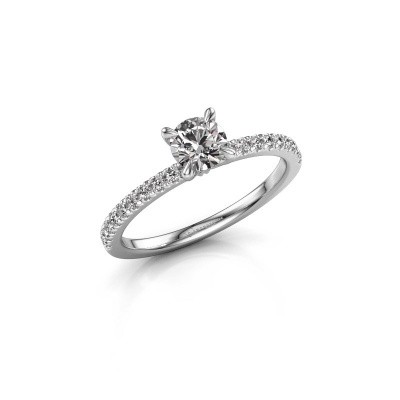 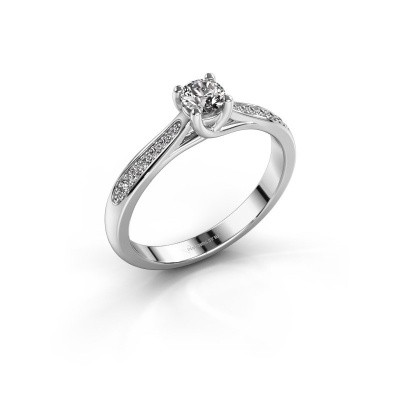 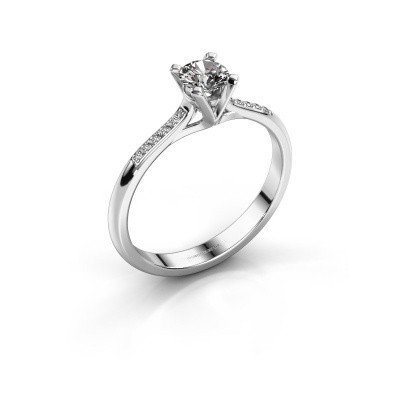 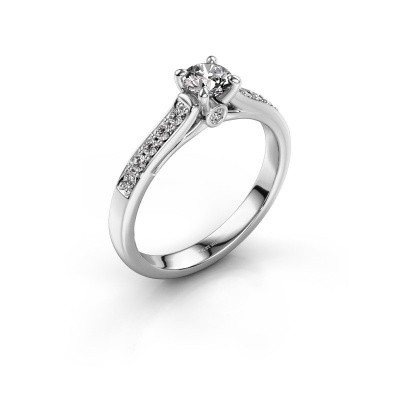 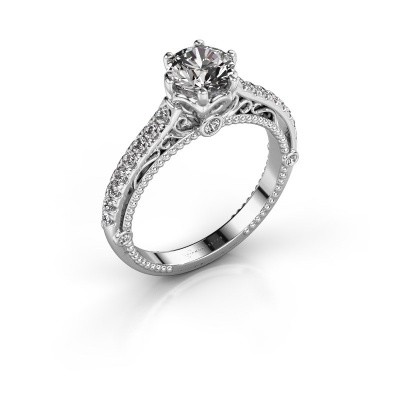 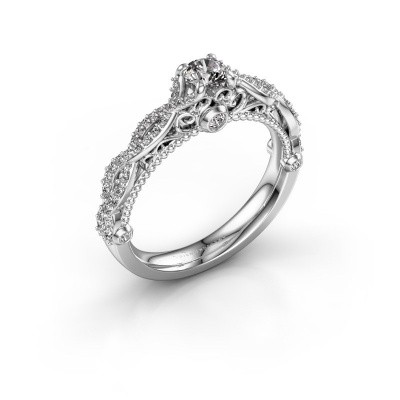 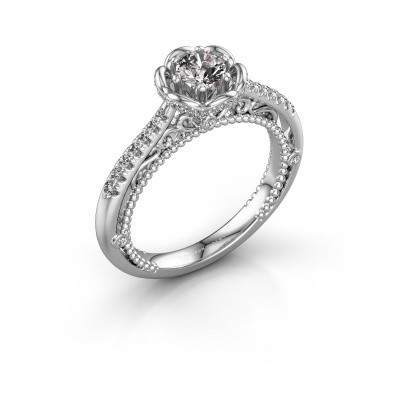 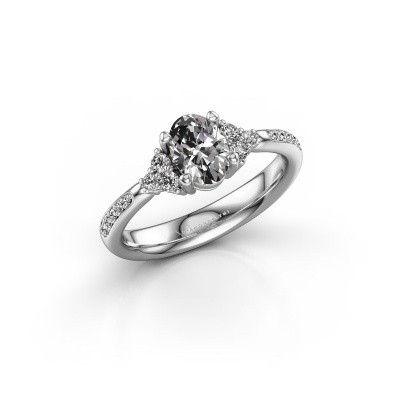 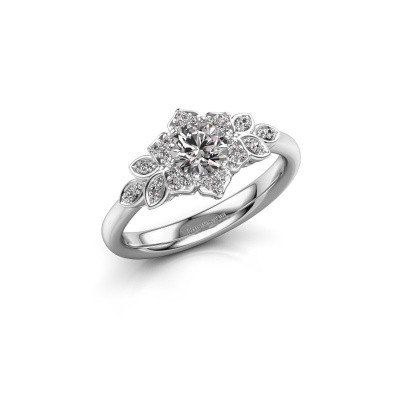 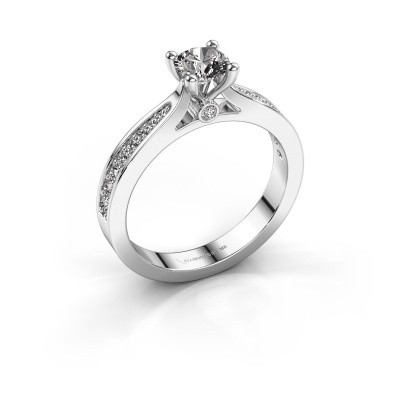 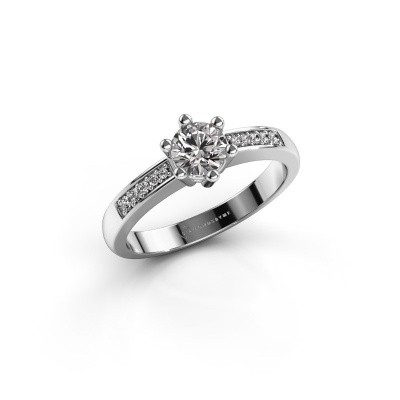 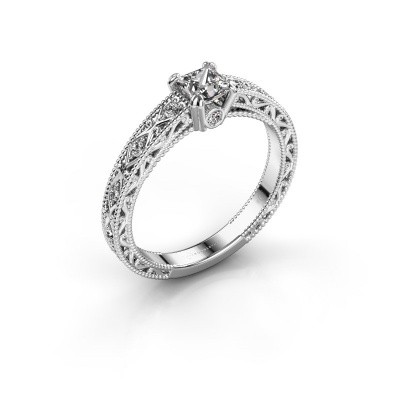 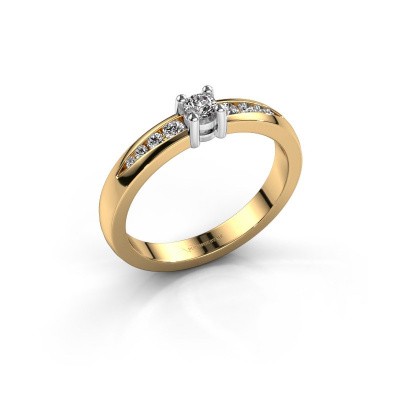 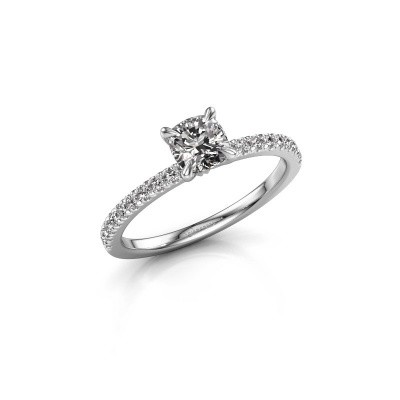 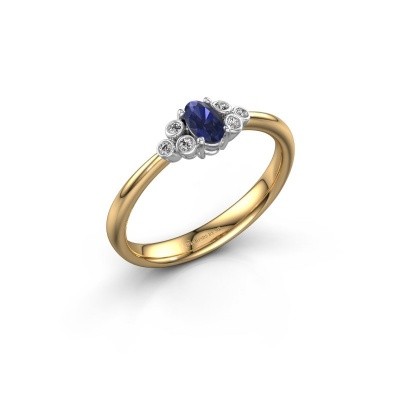 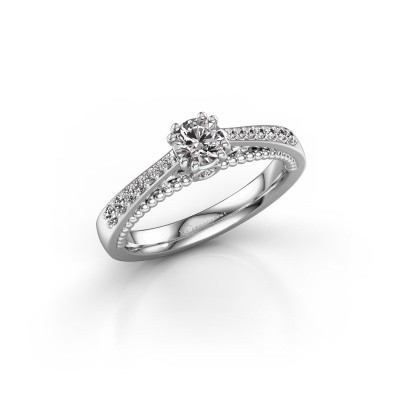 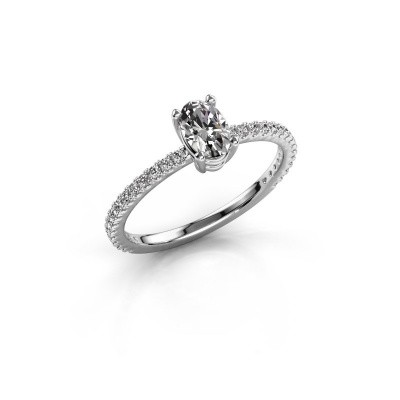 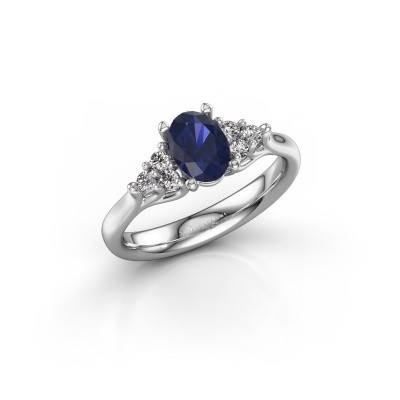 Pavé Solitaire rings are an increasingly popular style, as they offer even more scope for personalization, added elements and brilliance. The shoulders of a ring are the pieces either side of the setting, between the main band and the stone or centerpiece.

What is a Pavé Solitaire Ring?

The shoulders of a ring can be crafted in a number of ways. Parallel shoulders stay the same size from the band to the setting, they do not taper, which offers uniformity and a classic look. It’s a near-constant thickness all the way around, with no widening or narrowing as the band approaches the setting. Tapering shoulders narrow and curve towards the setting. They offer elegance and look delicate, as the band is thinner in the middle, but also accentuate the size of the stone. For this reason, this style of shoulder ring is an option if you have a smaller stone.

Very popular, as it’s a chance to add decoration, are diamond shoulders. If the main setting just isn’t enough, further decorate your diamond pavé solitaire ring. The stones are normally cut into or set into the shoulders for a straight edge, but can sit slightly raised off the shoulders for some texture and further light catching. Twisted shoulders, as they suggest, alter the shape and direction on shoulder rings as they approach the stone. This is a fun and modern take on the traditional ring as it offers movement and interest, placing the stone in a different context. It also means that you can have a more plain band and smaller stone, as the shoulders will do the talking. Split shoulders are another style which is fairly traditional but can also create a very modern engagement ring. It’s any shoulder ring where the band splits as it approaches the setting for the stone. This can be major and incorporate larger gaps in the band, or just extend up and around at the ends to form the setting. The fork on a split shoulder ring usually starts somewhere around the mid-way point or after on the band.

Design your own Pavé Solitaire Ring

There are further variations on the claws and settings, but these are the main categories of shoulder ring for you to start to make your decision. With our online configurator you can choose any gold color you want like; yellow gold, rose gold, white gold and even platinum pavé solitaire rings. Also, you can choose from a variation of birthstones.

Like for instance the stone of July: the ruby, also known as the gemstone of love. The ruby varies in color tone, from pink to a deep red. With a ruby pavé solitaire ring you are set for success with your soon to be betrothed. Or what about the September born bride-to-be? Then a pavé solitaire ring with sapphire, whether blue, pink or yellow, is the perfect choice. Your loved one is sure to compliment you on your thoughtfulness by choosing her birthstone.

As they are an opportunity to add more decoration and interest, Pavé Solitaire ring engagement rings are a popular style. Our collection of engagement rings includes a range of shoulder styles to suit you. Looks such as the Tasia, which include a raised, thickened and carved band, set with protruding diamonds, offer an ornate look, whereas the Carolyn adds a row of discrete, uniform diamonds on either side of its round cut diamond. Here, the shoulders are just adding a subtle extra touch of decoration and brilliance to complement the main stone. For a really modern look we love the Ruthanne, which incorporates very open split and twisted shoulders, all the way down to the mid-way point, with a round diamond captured between them, appearing as though it is suspended in mid-air. Twisted shoulders don’t mean that you have to have a plain band, either. Take a look at the Hanneke or the Elli, which are both shoulder rings with major twisted shoulders, yet still encrusted with rows of uniform diamonds.

Remember that all our engagement rings can be customized in terms of metals and stones. And of course, we offer a lot of different engagement ring styles as well.

Cluster rings have a main stone, flanked by smaller stones, the entourage. When it comes to shoulder rings, this entourage can sit in a variety of ways. Most commonly, the main stone and entourage will share prongs, and sit closely together, but they can be more spread out. When it comes to shoulder rings, this is different from a row of diamonds lining them, as an cluster ring is about extra stones which actually complement the main stone, rather than as added shoulder decoration.

Halo rings are similar to cluster rings in that the main stone is supported by smaller ones, but in the case of halo rings these completely surround the main stone like a halo. This can even comprise multiple rows of stones for a really opulent look. The added brilliance complements the main stone in that it appears to be bigger. This is particularly popular with engagement rings where large diamond styles are popular.

Memoire rings aren’t just for milestones and to mark a lifetime shared. The memoire ring is a popular style as the row of small, uniform diamonds which make up the shoulders and band create the ultimate luxurious look, where the band itself appears to be made of diamonds rather than metal. Obviously on memoire rings the shoulders are lined with diamonds by definition, but the shoulders can also hold some variation and interest.

Creating her the perfect engagement ring

Now that we have taken you on a small walk through our different options, it’s time for you to start the design of the perfect engagement ring. If you feel a bit overwhelmed with all the choices, then just stick to a couple of guidelines:

If you can answer these questions, then you’re already halfway to creating her the perfect engagement ring. And always remember: your thoughtfulness in creating something so personal as a gold pavé solitaire ring will only make her love for you that much stronger.

Be the first to learn about our latest news, special offers, exciting new designs and much more through our biweekly newsletter.